Video mixing musician Ryan Driver with two live video cameras and a stand alone video mixer as he improvises on the thumb reed to an electronic tamboura. Changes to the live cameras (exposure, focal distance, focus, colour, shutter speed, etc.) are made on the fly as determined by chance procedures (a roll of the dice) and mixed in real time. Balloons by Meaghan LaCroix. This piece was first performed in 2007. 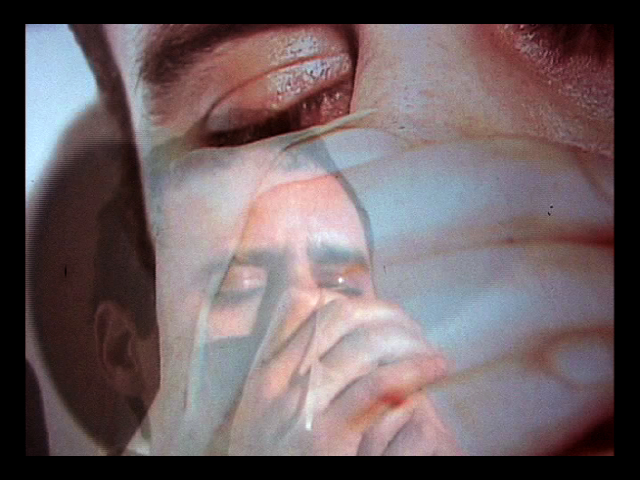