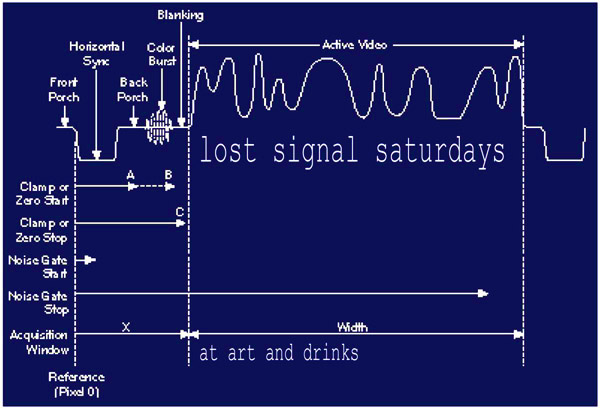 I had the privilege of hosting my own night at Art and Drinks every Saturday night in November 2011. Art and Drinks was a video art bar: a lounge and observia. Conceived of and curated by John Oswald, it existed for 5 months, from September 2011 through January 2012, in an excellent storefront location at the corner of Dundas and Palmerston in Toronto. It was a welcoming, quiet and comfortable space to drink delicious adult beverages and view tremendous video art. Here I showed much of my single-channel video work alongside small crew of brilliant artists including John Oswald, Michael Snow, David Rokeby, Betina Hoffmann, and Laurel MacDonald.