In Every Shot from Dziga Vertov’s Man with a Movie Camera as an Animated GIF, Vertov’s pioneering film “Man with a Movie Camera” is meticulously reorganized and reconfigured spatially as a series of animated GIF montages, projected large scale. One complete viewing of the GIF montages (the GIF montage “montage”) contains every shot in the film, edit for edit, offering viewers an alternate way—at once strange and familiar—to experience this revolutionary film.

The impetus for this project comes from observing the virtuosic and future proofed editing style of the film’s editor, Elizaveta Svilova (commonly known as “Dziga Vertov’s wife”, but arguably one of the most prolific and important editors in the history of cinema). The 1929 film is famously a silent, black and white, montage-style documentary of “a day in the life” in the Soviet Union, employing every known and unknown shot relationship from graphic and temporal to associational and metaphoric. Svilova’s editing not only anticipates the animated GIF with her quick edits that see one action through to its completion, but also turns it on its head, pushing the GIF into that which it is typically not: a cinematic shot only one or two frames long.

Vertov’s theory of the interval, a driving force in the film, is the primary logic used to construct the GIF montages. To Vertov, the interval, put simply, is the movement between shots and is determined by careful attention to the visual correlation of one shot to another. By turning the shots into GIFs and reconfiguring them spatially within a frame, Vertov’s interval takes on new roles. As a GIF, the shot is looped and the interval now becomes the simultaneous moment of the shot’s beginning and the shot’s end. When assembled into GIF montages, the interval does double-duty as the movement between shots across a space, creating new rhythms and new visual connections. 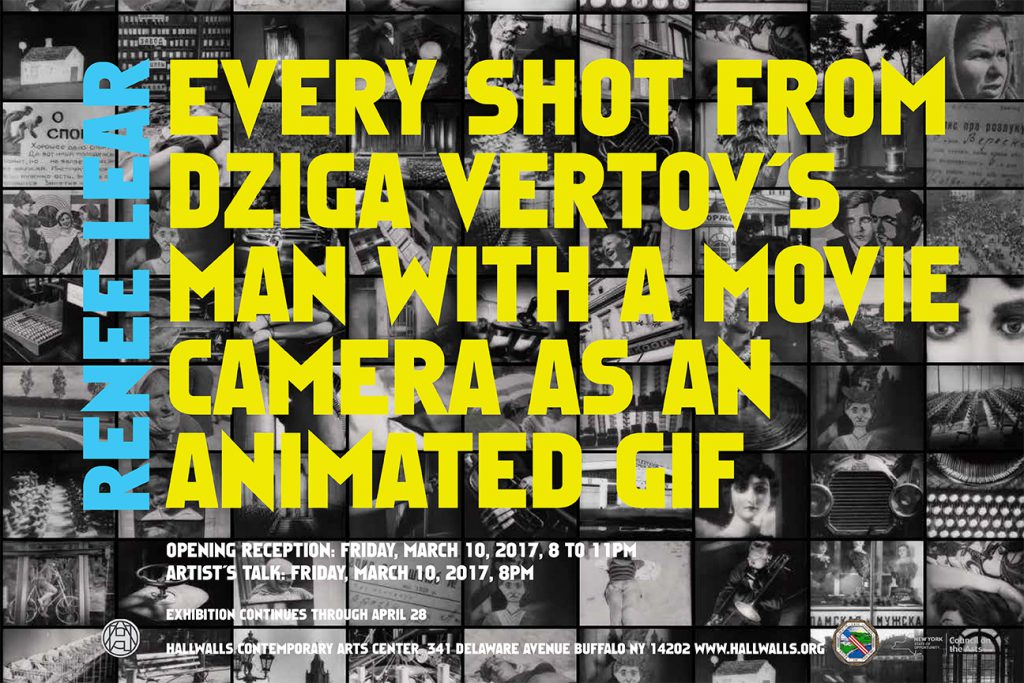